All our signet rings are manufactured in the United Kingdom, we do not import or use overseas makers, we are proud of our tradition & heritage in the British jewellery industry 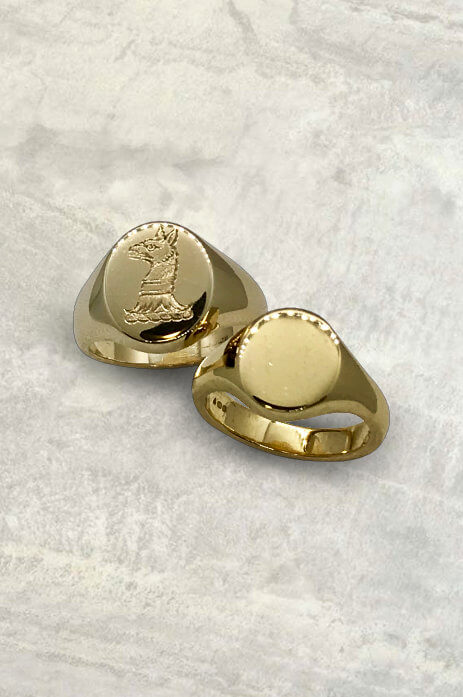 The Lauder name has been associated with London’s jewellery trade for three generations, designing and making beautiful jewellery throughout this time.

Part of his education was the making of signet rings by hand, not from stampings as used today, but traditionally.

The process, simplified, is done by taking two small halves of dried cuttlefish, sanding the soft sides against each other, carving out the shape of the signet ring in both halves, scoring vents to allow the air to escape during the casting process, binding both pieces together with a fine steel wire, and then creating a funnel at the top.

Finally, heating pieces of gold in a crucible and then, when molten, poured into the created funnel of the cuttlefish. After a cooling off period, cutting the steel binding wire to retrieve a rough casting of the signet ring.

Simon excelled at this way of making, and has been producing signet rings ever since.

We still use cast rings in our collection, but they are not made using this outdated process. Manufacturing has moved on quite considerably and our skilled craftspeople have developed new ways of working which enables us to make cast rings with excellent finishes.

The other way we work is to stamp the rings using the die stamping process. We take a strip of precious metal and place it in between two metal dies, one half of the die mimics the top, outside part of the ring and the other half of mimics the underside of the ring.

The die with the precious metal insert is then placed into a hydraulic press and under extreme pressure the metal is formed into the shape of the ring. The stamped ring then goes into our workshop where our skilled craftspeople complete the process.

The signet ring part of the business has grown and grown over the years, so much so we have now given them their own website, the rings were originally visible on our diamond jewellery website, lottie-lauder.co.uk.

Our rings come in various shapes with a choice of different head sizes in all grades of precious metals.

To make our rings even more extra special we can also personalise them for you, by way of an engraving, you could choose a monogram, coat of arms, a crest, all of which would by synonymous with your family name. Failing that, if you prefer we can also engrave a design of your own.

These can be engraved with either a deep traditional seal or a surface cut, examples of these different styles can be viewed on the shopping pages. 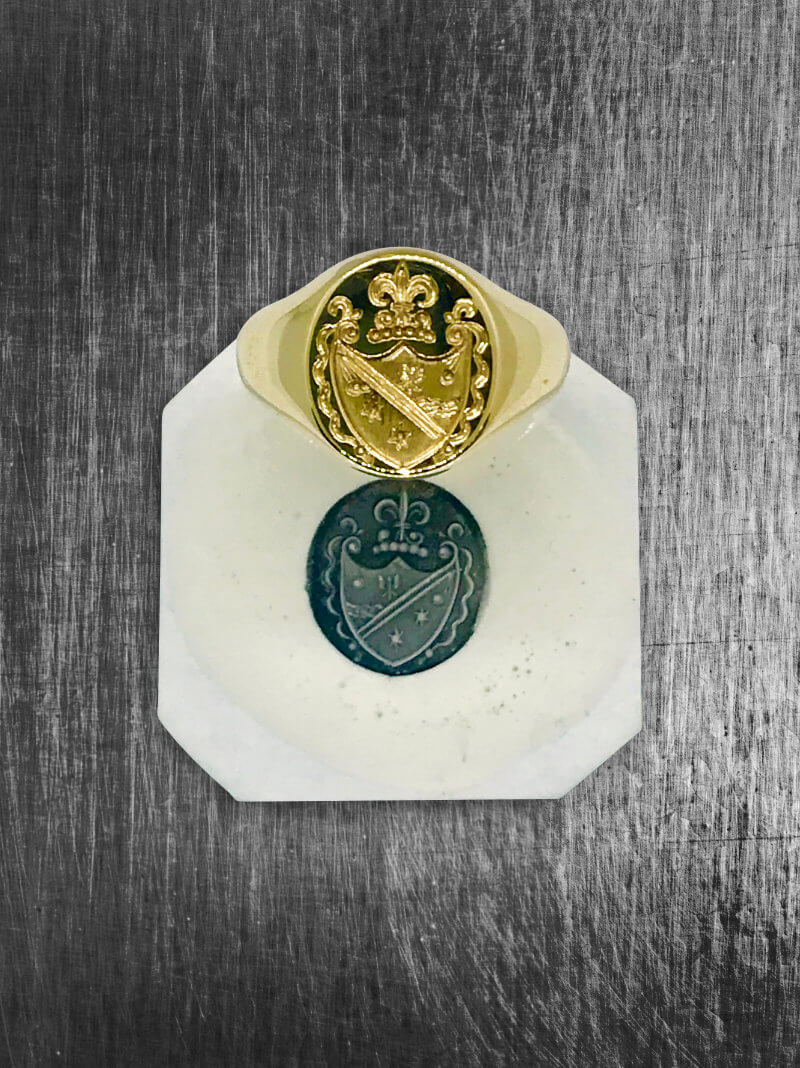